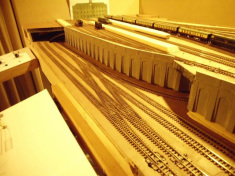 Plymouth Citadel is my new N gauge layout currently under construction.  It is a freelance Great Western Railway terminus to out-and-back with a double track continuous run., all squeezed onto a single roughly door-sized baseboard.  It is definitely an example of the “cover the board in track” school of modelling.  Construction began in late March, 2012.  The layout is functionally complete (except for signals) as of the end of July, and scenic work is beginning.

Citadel is a fictitious station set in Plymouth, on the assumption that railway development proceeded along a non-historical path.  In real life, the Plymouth North Road station was originally built to handle trains of the rival LSWR, but soon became the primary GWR station in the town, eclipsing the original GWR terminus at Millbay.  This model assumes that North Road remained primarily Southern territory, increasing the traffic and congestion at Millbay.  As a result, the Millbay station was eventually rebuilt for goods handling and access to the GW docks, with a new passenger station (Citadel) being built to the southeast.

A panorama of the whole layout. The perspective is really skewed - the tracks at the front are actually straight! 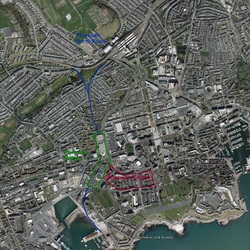 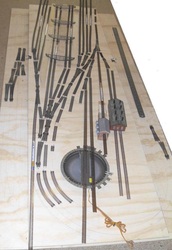 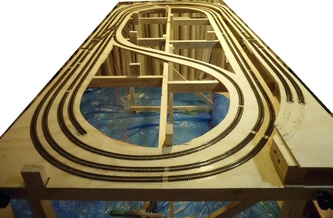 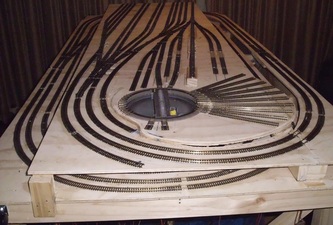 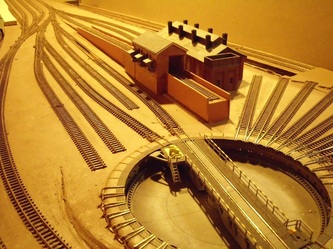 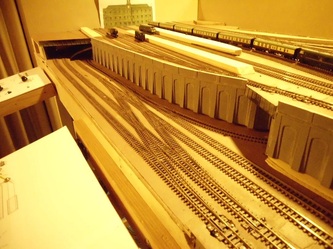 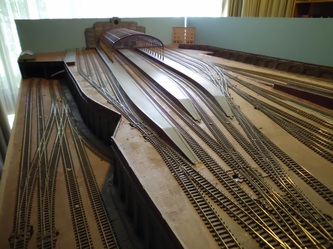 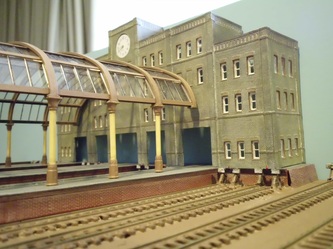 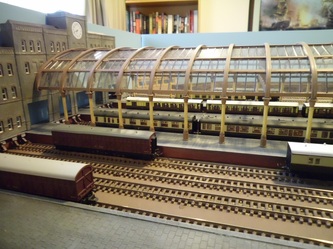 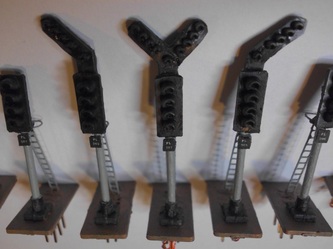 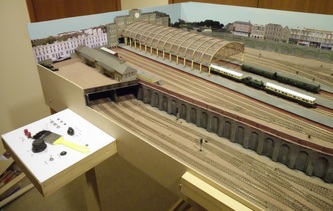 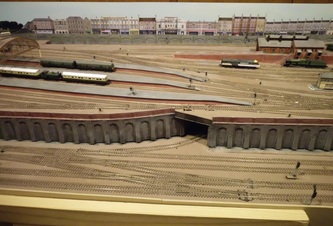 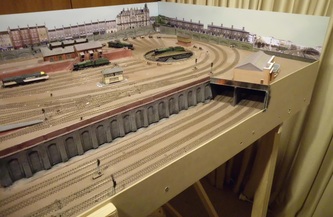